What is Porphyry?
Porphyry has been used as a paving surface as far back as the Roman era.  The Romans used it because it had a naturally flat, durable surface and the stone was easy to quarry.
Traditional porphyry is a variable thickness stone.  It’s a type of granite that has naturally extruded through the earth’s crust.  Unlike most granites, it fissured in layers due to seismic activity.  These fissures caused cooling in the formation, further causing larger crystals to form around smaller crystals, giving the stone its unique appearance and texture. 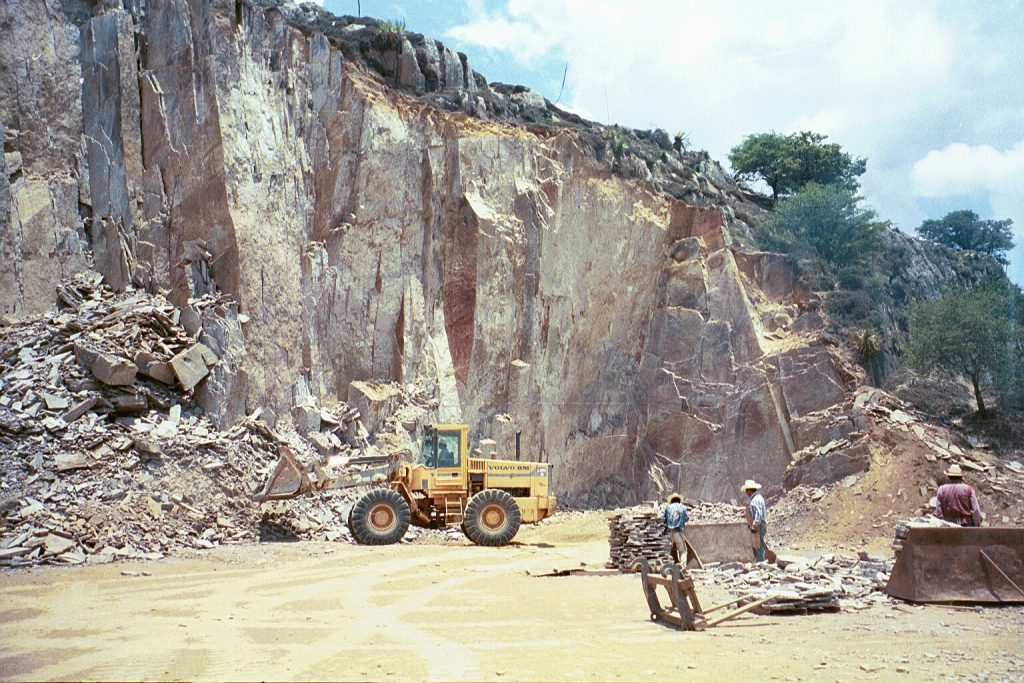 Because the formation has vertical layers, extracting the stone requires very little energy – far less than sawing granite out of monolithic, block formations, and far less pollution than the heat and carbon dioxide expelled during the process of making concrete pavers.  When porphyry is blasted out of its formation, it comes out as random flagging.  The stone is sorted according to approximate size and thickness range, and moved to cutting equipment to be shaped into cubes, rectangles, and squares.

The cutting is accomplished with hydraulic snap cutters or saws. The raw stone is cut with maximum efficiency – the largest pieces possible are cut from the flagging. The cuttings are used as a wall veneer, so very little goes to waste.  Any rubble or gravel left from the cutting process is spread on the quarry road surface.
Traditional porphyry is ungauged – not sawn to uniform thickness.  Setting it involves a higher set of skills than concrete pavers or brick, which can be set by machine. Despite its variable thickness, it is easy to achieve a flat surface that meets modern ADA standards. Porphyry is most often cut into cubes so that it can be installed in patterns like fans or arcs. These fans and arc are the most structurally sound patterns because of the interlock they achieve and their resistance to the forces of turning vehicular traffic. 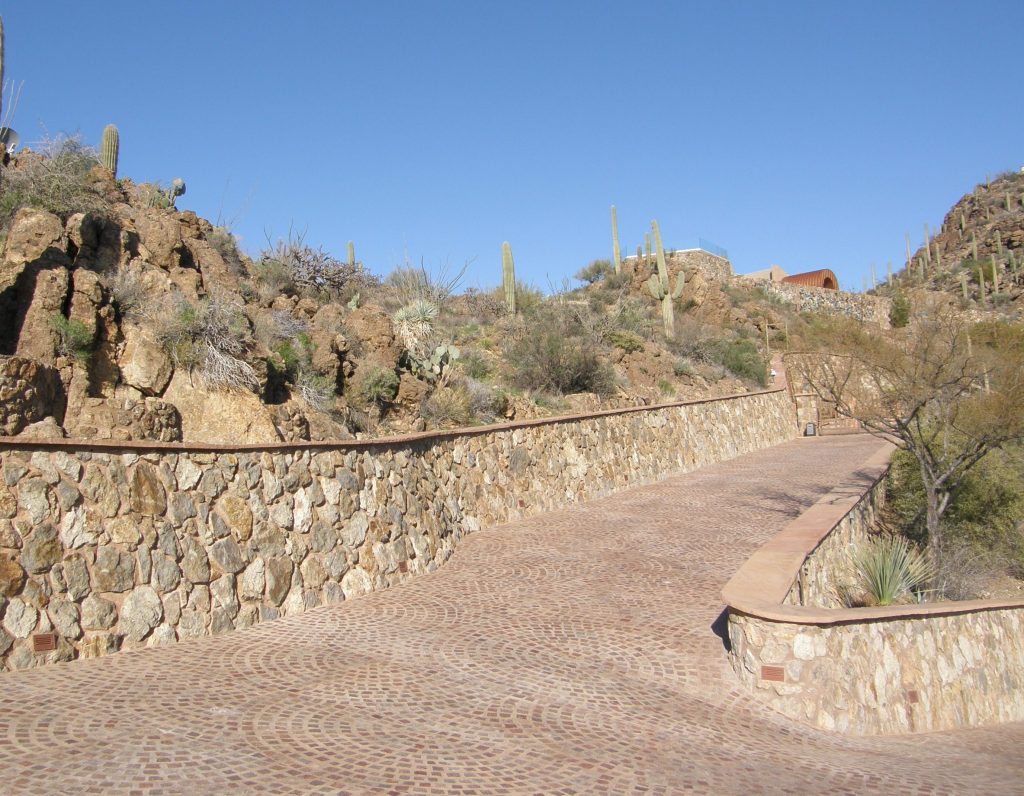 Porphyry pavers are generically referred to as cobblestones. The word cobblestone means different things to different people.  Many think of cobblestone streets as rough and uneven. While this idea may apply to the generic idea of cobblestones, it does not apply to porphyry. Porphyry’s texture is coarse and provides slip resistance. Traditional cobblestones may be made of stone that would be considered unsuitable by modern standards: too uneven or possibly rounded.  The reason for using rounded stone in the past was that many roads were paved with stone that was in close proximity to the area to be paved. Porphyry and even granite pavers make excellent driveway paving stones and a wonderful surface for streets.
Porphyry has a natural beauty that cannot be attained using manmade materials like concrete pavers or brick. Its natural texture provides the right amount of texture. Its hardness and durability provide lifetimes of use and ensure lower maintenance costs than other materials.
Take a look at some of our most popular colors and sizes, including a new color: Cerro Marron!